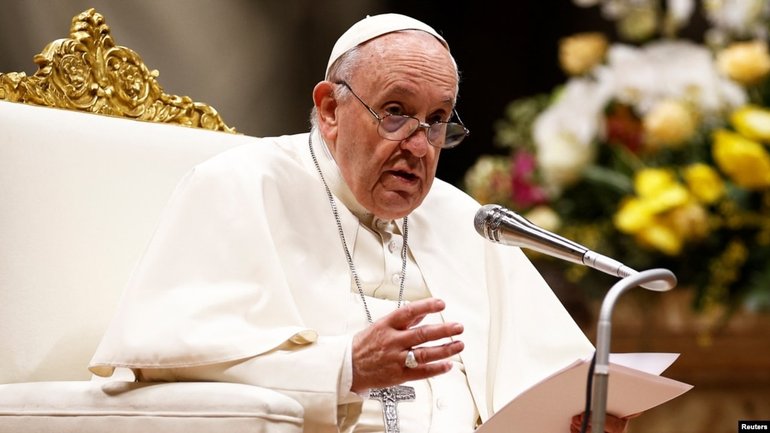 Pope Francis has warned religious leaders from various faiths that religion cannot be used to justify the “evil” of war.

The statement came as the pontiff spoke at the Seventh Congress of Leaders of World and Traditional Religions in the Kazakh capital of Nur-Sultan on September 14, RFE/RL reports, according to Ukrinform.

“God is peace. He guides us always in the way of peace, never that of war. If the creator, to whom we have devoted our lives, is the author of human life, how can we who call ourselves believers consent to the destruction of that life?” Francis said in his opening speech.

The Pope added that religious organizations must not become a pillar supporting rulers who tolerate violence.

It is believed that Pope Francis’s address was a piece of “thinly veiled” criticism targeting the Russian Orthodox Church, which backed Vladimir Putin’s unprovoked war on Ukraine.

Patriarch Kirill, who has broadly supported Putin and the invasion of Ukraine has called off his participation at the event despite initial plans to attend, while the ROC delegation has arrived to participate.

As reported earlier, Ukraine’s envoy to the Vatican, Andrii Yurash, invited the pontiff to pay a visit to the war-torn town of Bucha just outside Kyiv.