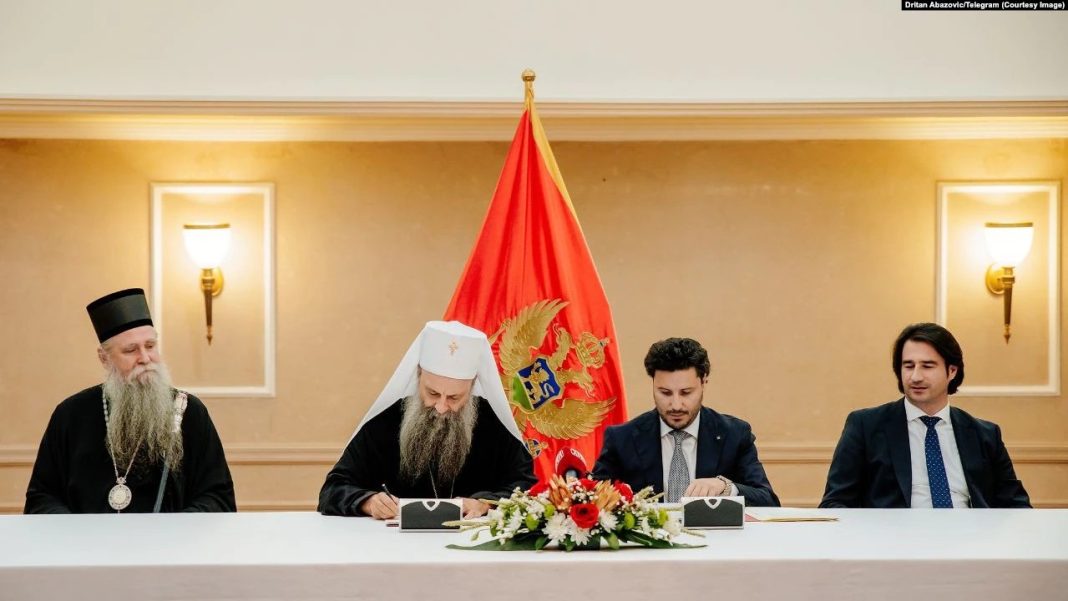 The basic agreement between Montenegro and the Serbian Orthodox Churche was signed on the morning of Wednesday, August 3, Prime Minister Dritan Abazovic said in Telegram.

The signing took place behind closed doors, without prior announcement and with no journalists present, the Balkan Observer wrote.

The Government of Montenegro has not officially announced the date for signing the Basic Agreement. Recently, Prime Minister Dritan Abazović denied rumors that the signing had been scheduled for August 3, while Justice Minister Marko Kovacs said in a televised statement on August 2 that he was not aware of the date.

The Patriarch of the Serbian Orthodox Church, Porfirje, arrived in Podgorica immediately before the signing. The photo uploaded on Telegram by PM Abazovic shows that Justice Minister Marko Kovacs and Metropolitan Joanikije of Montenegro and the Littoral were also present at the signing.

The state-owned Villa Gorica, where the Basic Agreement was signed, has been cordoned off by police forces.

The Democratic Party of Socialists (DPS), led by Milo Djukanovic was the first to react to the signing of the Basic Agreement between the Government of Montenegro and the Serbian Church, announcing that it would initiate a no-confidence vote targeting Abazovic’s Cabinet.

“The Agreement signed today, which contradicts the Constitution of Montenegro, will be suspended immediately once a new government is elected,” the DPS said in a statement.