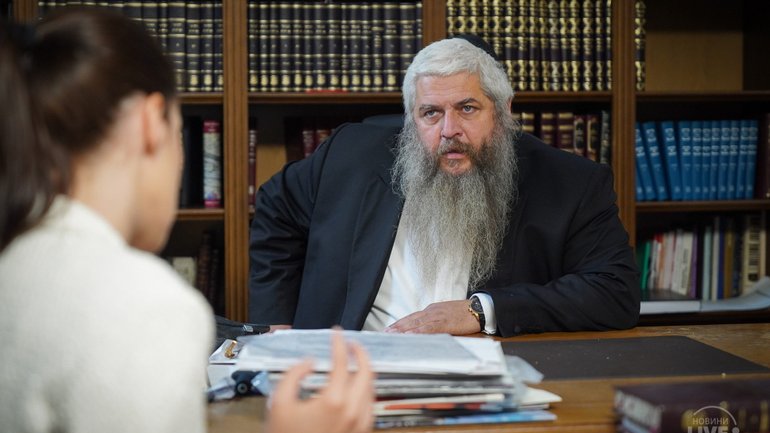 Chief Rabbi of Ukraine Moshe Reuven Asman told how the Torah explains the emergence of war and how to survive it.

The Torah, like the Bible for Christians, has an explanation of what and why is happening in our society and how to survive and overcome all hardships. The chief rabbi of Ukraine, Moshe Reuven Asman, told about this in an interview with Novyny.LIVE.

“The Holy Scriptures say that the army must be from among the righteous. As an example, the army of King David. It was small, but it beat everyone.

And we were all saw proof of this. The Russian army is one of the largest in the world, but it cannot do anything because the Ukrainians are more motivated.

According to the Torah, one cannot put up with evil. There is such a thing as “self-defense”. If someone is chasing you, wielding a rock, and it is clear that he wants to kill you, you must kill him first and save your life. This is your duty.

Ukraine defends itself. There is no sin here because sin is killing on purpose. Defending oneself is not a sin.

According to the Torah, if the killing is intentional and there is evidence, then the punishment is the death penalty. When a person kills unintentionally, he will also be subjected to a certain punishment, but nothing severe,” explained the rabbi.

UOC of USA thanks NJ governor for supporting people of Ukraine

Head of Orthodox Church in U.S. calls to pray for well-being of ROC, UOC (MP)

We do not fight the church, we make decisions against those threatening national security – Danilov