Yes to recognition, no to “Macedonia”: Phanar on Archdiocese of Ohrid 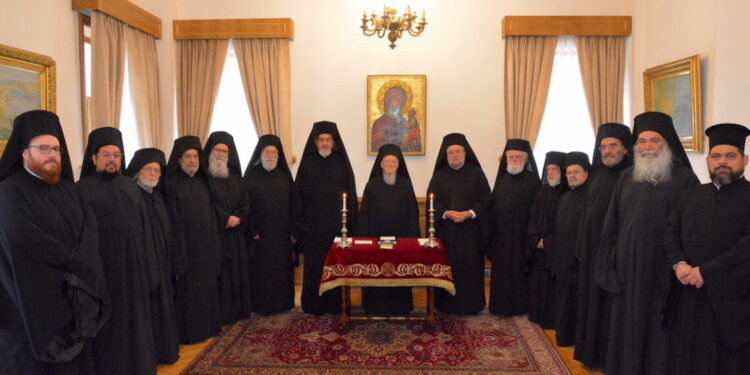 The recognition of the Ohrid Archdiocese took place on May 9 by the Ecumenical Patriarchate, during the meeting of the Holy Synod, and after an in-depth discussion.

That’s according to Orthodox Times.

The Ecumenical Patriarchate announced that it welcomes in Eucharistic communion “the hierarchy, clergy, and people of this Church under Archbishop Stefan.”

It makes clear that it excludes the term “Macedonian” and any other derivative of the word “Macedonia”, and recognizes the name of the Church as “Ohrid”.

The Macedonian Orthodox Church – the Archdiocese of Ohrid – had been in canonical isolation. The recognition of Ohrid Archdiocese was being blocked by the Serbian Orthodox Church. The President and Prime Minister of Northern Macedonia turned to the Ecumenical Patriarch Bartholomew and that he was ready to end the crisis and grant autocephaly to Macedonia.