Archbishop of Canterbury praises Ukraine on historic visit to Kyiv 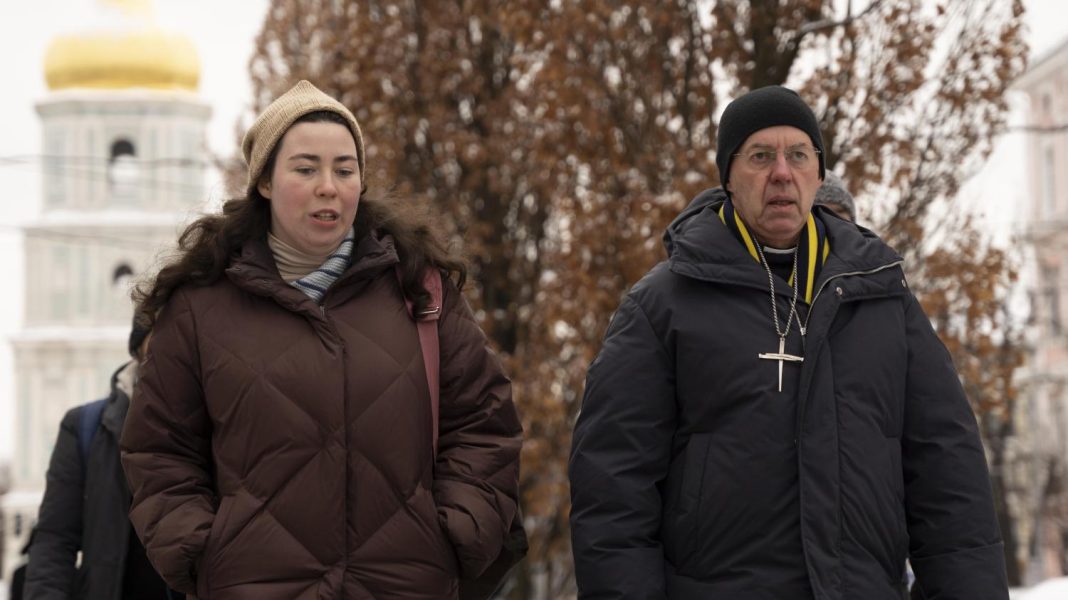 That’s according to The Times.

The Archbishop of Canterbury praised the “extraordinary courage” of the Ukrainian people as he arrived in the country’s capital for a landmark visit.

Justin Welby arrived by sleeper train in Kyiv to show solidarity in the face of what he called “Russia’s illegal, unjust and brutal invasion”, becoming the first leader of the Church of England since the First World War to travel to an active European war zone.

Welby said he wanted to “be present with people who, because of conflict and war, feel incredibly isolated” and said that he feared a humanitarian catastrophe. He added: “This visit is about showing solidarity with them as they face a profoundly difficult winter.”

He is set to visit bomb-damaged areas near the capital.