By definition, we can have nothing in common with “Russian world” – Epifaniy 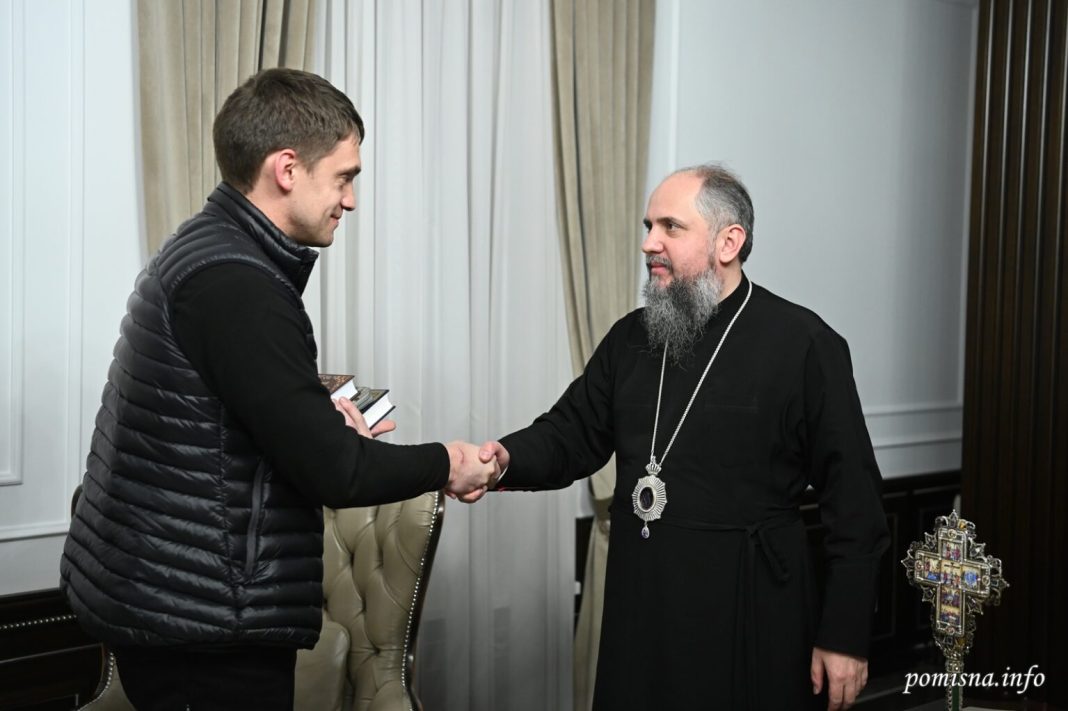 His Beatitude Metropolitan Epifaniy of Kyiv and All Ukraine met in his residence, the Metropolitan House, with the Mayor of Melitopol, Ivan Fedorov, on Wednesday, November 23.

During the meeting, His Beatitude discussed with his interlocutor, who had been held captive by the occupiers for some time, a wide range of issues related to countering the Russian attack and the spiritual dimension of our fight. In this context, the head of the OCU noted that the real Ukrainian Orthodox Church always supports Ukraine’s defenders and has no collaborators in its ranks, the OCU press service reports.

“After the attack was repulsed, the enemy began to carry out actual terrorist attacks on our civilian infrastructure, allegedly for the sake of negotiations. But if you want negotiations, why are you attacking? All this diabolical cynicism once again proves that we cannot have anything to do with the ‘Russian world’ by definition,” said Metropolitan Epifaniy.