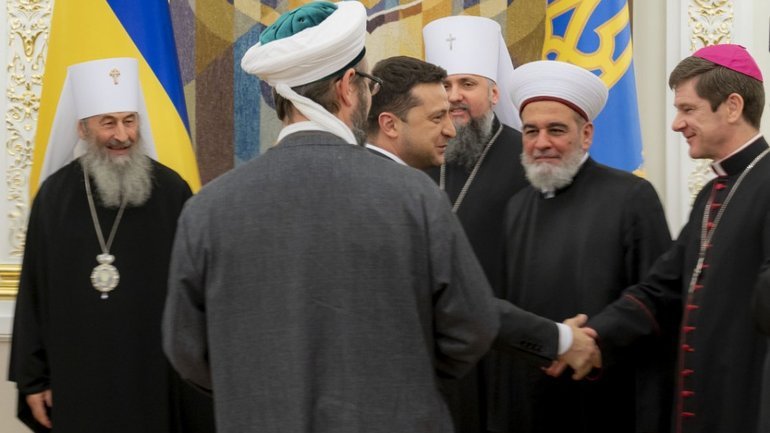 In accordance with Article 40 of the Constitution of Ukraine and Article 23-1 of Law of Ukraine “On Appeals of Citizens”, Zelensky considered e-petition No. 22/146508-ep “To denounce the Law on Ratification of the Istanbul Convention, adopted by the Verkhovna Rada of Ukraine, No. 0157 of June 18, 2022, which introduces gender ideology in Ukraine”, initiated by Yu. V. Tymoshenko, which was supported by 25,000 citizens.

We publish Zelensky’s response in full.

It is important that the public pays special attention to issues of strengthening family as a social institution. This fact is evidenced by repeated appeals to state authorities with a request to assist in the ratification of the Council of Europe Convention on the prevention of violence against women and domestic violence and the fight against these phenomena (Istanbul Convention) from public associations, which for many years have directly provided assistance to victims of domestic violence, and leading human rights organizations.

Relevant electronic petitions were also supported on the website of the Official Internet Representation of the President of Ukraine, and public appeals to ratify the Convention were posted across mass media and social networks.

As the Head of State, I consistently support steps aimed at strengthening family as a social institution, protecting the right to equality between men and women, the rights of victims of domestic violence, gender-based violence, ensuring appropriate response to cases of such violence; elimination of legal provisions that cause discrimination; improvement of civil legal means of protection of victims of violence.

The ratification of the Convention was an important step on this path.

At the same time, the Istanbul Convention was ratified with statements, which stipulate, in particular, that Ukraine does not consider any of its provisions as obliging to amend the Constitution of Ukraine and the Family Code of Ukraine, other laws of Ukraine regarding the institutions of marriage, family and adoption, as well as one that interferes with the right of parents to raise their children according to their own beliefs.

When joining the Convention, Ukraine also determined that it would apply the Convention in accordance with the values, principles and norms defined by the Constitution of Ukraine.

Taking into account the increased public interest in the mentioned topic, the spread of myths and biased interpretations of the Istanbul Convention, the Cabinet of Ministers of Ukraine is proposed to continue the implementation of the tasks of the state family policy and to strengthen the information campaign with the aim of clarifying the goals and individual provisions of the Convention.