UOC-MP priest gets 12 years in prison for tipping invaders 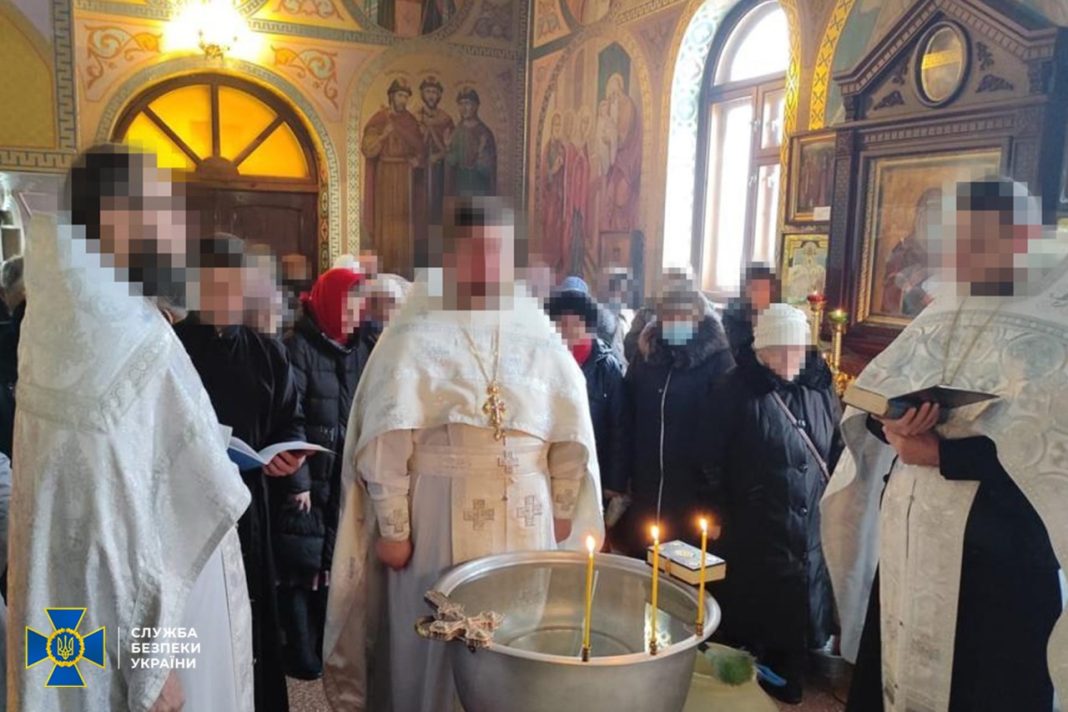 A priest with the Ukrainian Orthodox Church (in unity with the MP) who gathered and transmitted to the Russian occupation forces intelligence on the positions of the Ukrainian Army units in Siverodonetsk was sentenced to 12 years in prison.

This was reported by the Security Service of Ukraine.

The security service has gathered indisputable evidence of the guilt of another two Russian assets. They had been gathering intelligence about the deployment of Ukraine’s forces in the Luhansk direction and tipped the occupiers about the former ATO soldiers.

One of the enemy henchmen is the abbot of the UOC (MP) church in Lysychansk.

He conveyed to the occupiers information about the combat positions of Ukrainian troops on the territory of the city, as well as in the Siverodonetsk district.

First of all, the enemy was interested in information about the number of troops and military equipment in the area.

He also “informed” the aggressor about local patriots who could potentially resist the occupying forces.

Law enforcement detained the perpetrator as a result of a special operation back in April.

Based on the collected evidence, the court sentenced him to 12 years of imprisonment.

According to the investigation, the cleric was recruited by a representative of the Russian occupation army during the priest’s trip to the Russian Federation in 2014.

Since that time, the leader of one of the “LPR” terrorist groups, who took an active part in hostilities against ATO forces in eastern Ukraine, was in constant contact with the priest.

After the start of the full-scale invasion, the abbot of the temple collected and transmitted to him data about the units of the Armed Forces.

The court found the defendant guilty under Part 2 of Art. 28 and Part 7 of Art. 111-1 (providing assistance to the armed forces of the aggressor power in the conduct of hostilities against the Armed Forces of Ukraine, perpetrated in conspiracy) of the Criminal Code of Ukraine.

In addition, the SBU exposed another priest of the UOC (MP) in Luhansk region, who voluntarily cooperated with the aggressor.

While in the temporarily occupied territory of eastern Ukraine, he gave away to the Russians home addresses of members of the resistance movement, in particular former ATO fighters,.

According to preliminary data, it was on his tip-off that the invaders abducted two Ukrainian patriots.

Currently, the suspect is hiding from justice in the captured part of eastern Ukraine.

His illegal actions are being investigated by the Security Service as part of criminal proceedings under Art. 111 (treason) of the Criminal Code of Ukraine.