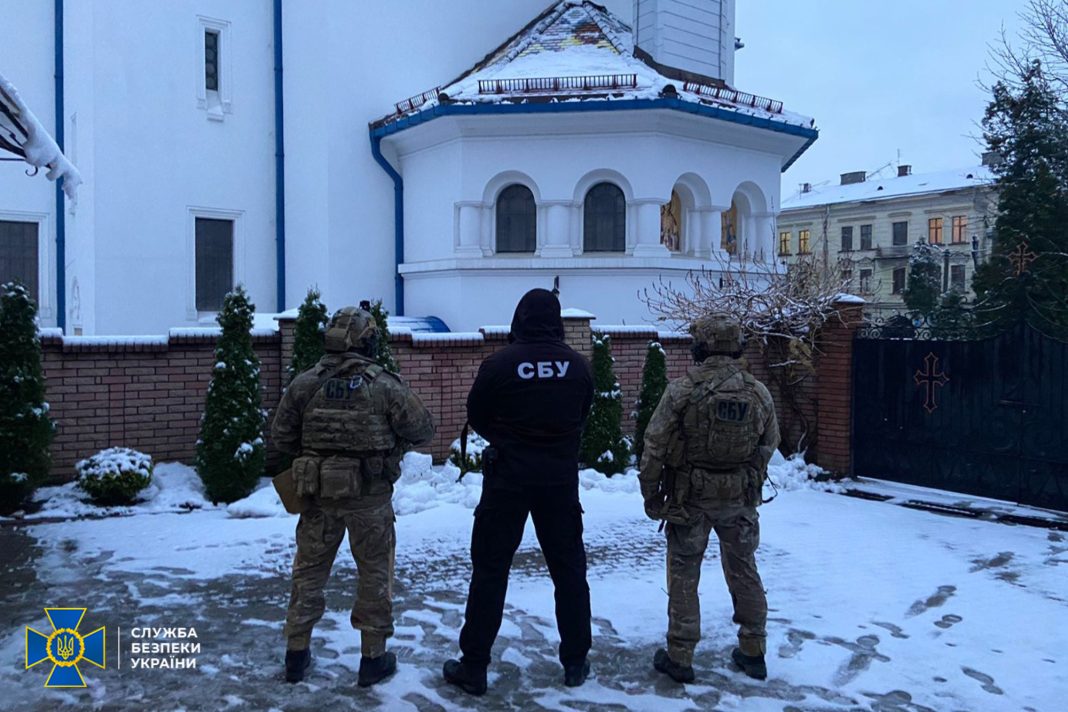 The Security Service conducted a counter-intelligence raid on the premises of the Chernivtsi-Bukovyna Diocese of the Ukrainian Orthodox Church (affiliated with the Moscow Patriarchate).

This was reported by the SBU press service.

As a result of investigative actions, law enforcement discovered documents that confirm the presence of Russian citizens in the diocese leadership.

The correspondence of the diocese chiefs with their Moscow handlers was also exposed, in which they receive “guidelines” regarding the “peculiarities” of holding church liturgies after a full-scale invasion.

Representatives of the Russian Orthodox Church set the task of spreading disinformation about the socio-political situation in Ukraine and situation at the front. In particular, Moscow demanded that the priests of the UOC (MP) deny Russia’s armed aggression against Ukraine, talk about the alleged oppression of the “Moscow church,” etc.

The Security Service of Ukraine also found warehouses with wholesale batches of pro-Kremlin literature that praises the aggressor power and calls on Ukrainians to support the invaders.

In addition, during the examination of computers belonging the diocese’s leadership, photocopies were found of the ID cards of the invaders who took part in hostilities against the Ukrainian troops. Among such documents is a “Hero of Russia” certificate signed by the Minister of Defense of the Russian Federation for the “seizure of Crimea” in 2014.

Currently, within the framework of the criminal proceedings initiated by the Security Service under part 2 of Art. 111 (treason) of the Criminal Code of Ukraine, further procedural actions are underway.