“I want to help our Army”: Schoolboy buys truck for Ukrainian troops 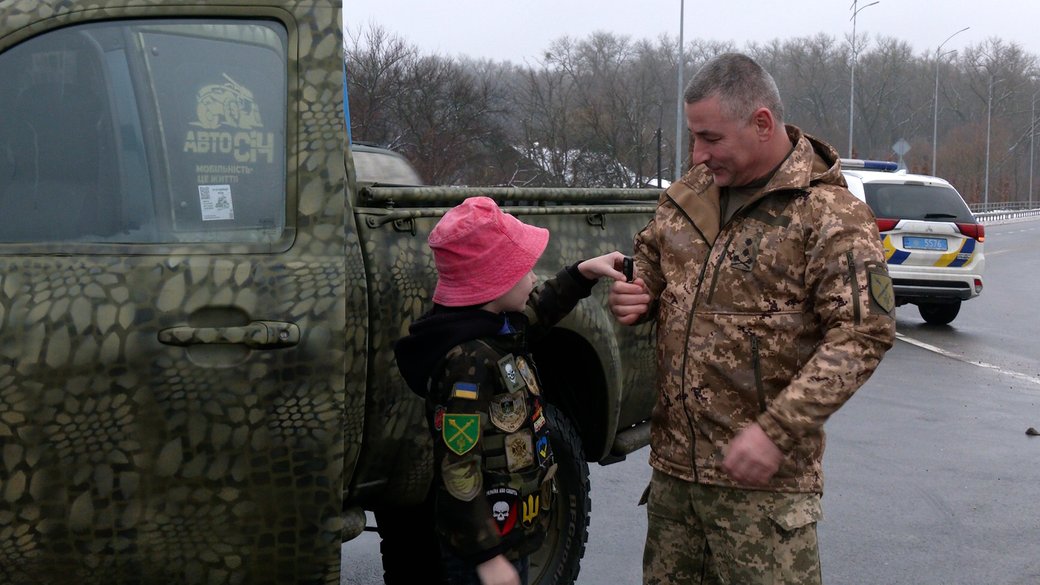 An eight-year-old schoolboy Serhiy Moroz of Chernihiv handed over the keys to a truck to an Operational Command North Commander Viktor Nikoliuk, according to Suspilne.Chernihiv.

The boy has collected the money to buy the vehicle by signing on city streets. The car cost UAH 261,000, the report says.

“I decided to save up for the truck because I want to help the Army so that our country wins. I sang for this car for 25 days. It was difficult, but I am trying to do my best for our troops,” said Serhiy.

For the first time, Hero of Ukraine Viktor Nikolyuk met with schoolboy Serhiy Moroz a month and a half ago in Chernihiv. It was then that the boy promised that the next money raising effort would be for a car for the military. For 25 days he had been singing in the streets of Chernihiv to collect UAH 261,000 needed to buy the truck.

“Unfortunately, in the course of hostilities, a lot of equipment is being damaged lost, therefore, this truck will serve our unit to defeat the Russian aggressor. Children are the most conscious part of our society. They best understand the threat that we’re facing. Those who, unfortunately, have been through this aggression understand that it cannot be allowed in the future. It is children who are the driving force that helps our Armed Forces,” Commander Nikoliuk said.

During more than four months of volunteering, Serhiy Moroz collected a total of UAH 630,000 by singing. He donated all this money to support the Armed Forces of Ukraine.

“When we set the first goal of UAH 50,000, I thought it was simply unrealistic. Many people have no homes or jobs, the situation is difficult in the city, but he actually managed to raise enough to buy a truck. We are proud,” said the boy’s mother, Kateryna Moroz.