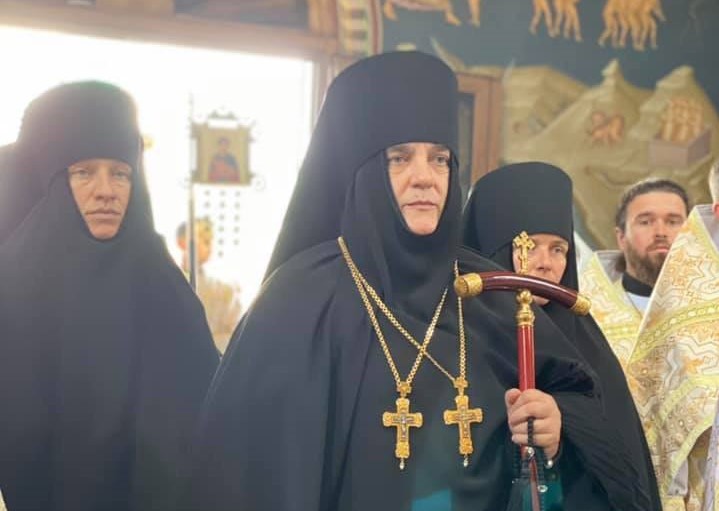 The abbess of the UOC (MP) monastery, who despite the ban issued by the head of the diocese commemorates Russian Patriarch Kirill because of her “own convictions”, holds a Russian passport.

This was reported by journalist Vitaly Hlahola.

“According to my information, the abbess of St. Cyril and Methodius Convent, where the SBU undertook security measures yesterday, Abbess Nina continued to commemorate the Russian patriarch due to ‘personal convictions’ and in defiance of the decision of the Holy Council of the UOC and the ban of the head of the Mukachevo Diocese, Feodor, which he signed on March 1, 2022. My sources confirm that Nina retains pro-Russian views and still continues to take steps to get closer to the Russian church,” he wrote in a Facebook post.

Earlier today, the Security Service of Ukraine reported that they raided the monastery of the UOC (in unity with the Moscow Patriarchate) in Zakarpattia, where the nuns preached the “awakening of Mother Russia.”

SBU operatives found a large number of malign campaigning and propaganda materials. Most of the literature is authored by Russian figures and published by Russian print houses.

The law enforcement discovered books of xenophobic content with offensive fictions about other nationalities and religions. The pamphlets found at the premises deny Ukraine’s very right to independence and emphasize that Russia, Ukraine, and Belarus “cannot be divided.”

Despite the ban by the head of the diocese, during the prayers, the patriarch of the ROC, Kirill Gundyaev, who “blessed” the Russian military to kill Ukrainians, was being commemorated during serviecs in the monastery. Even a “memo” was printed arguing why it is impossible to stop commemorating the Moscow patriarch. Anyone disobeying the order was threatened with “removal from priesthood.”

Also during the raid, the SBU found the texts of pro-Russian songs that glorified the “Russian land” and called for the “awakening of Mother Russia.”

All materials were submitted for relevant expert research.